skip to main | skip to sidebar

Where is TIDES INN Today?

The next 3 days turned out to be "interesting" as we had to respond and adjust our plans to the weather and available anchorages with protection from the strong winds that just didnt seem to want to obey the forecasts. 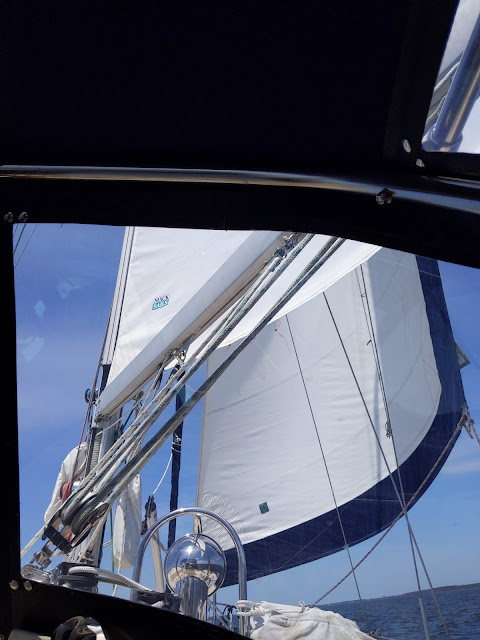 First, we had a great sail after leaving Hobuken and heading out into the Pimlico River. Basically for the first time since leaving Florida on the 8th, we had the sails out and were sailing with the motor turned off across the Pimlico and up the Pungo River. 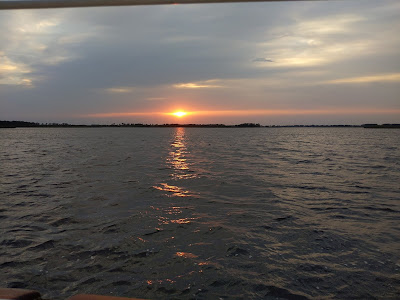 Based on the wind forecasts it appeared that the best day to cross the Abermarle Sound would be on Sunday, May 2nd. That meant we had 3 days to travel 80 miles which would only take us 2 days, so we would need to sit for one day at anchor. We decided we would stop before the Alligator River canal on the 29th and transit the canal on either the 30th or 1st depending on the wind, which was forecasted to be strong from the Northwest on Saturday, then cross the Abermarle on Sunday.

We anchored as planned before the canal on the 29th with some protection from the current southwest winds. The night was breezy but not bad. 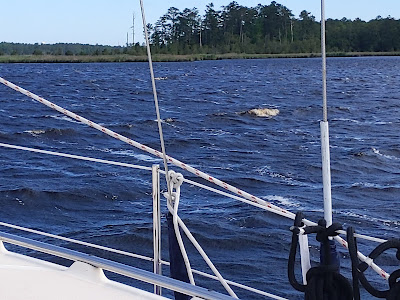 The next morning, the 30th, we awoke to brisk winds from the west that were creating whitecaps in the creek and giving us a good rocking. It was time to move, but where to go? The anchorage area closer to the canal had protection from the north but not the west so unless the wind shifted it wouldn't help. 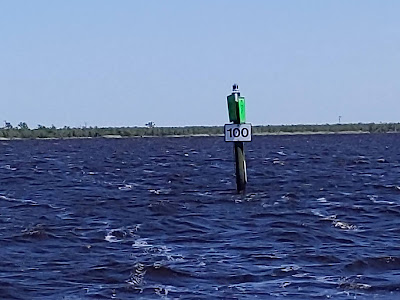 Now comes the exasperating experience that is all part of cruising and the problem with weather forecasts - they are only just that, a forecast.

When we arrived at the other end of the canal, the wind had not shifted enough to the NW to provide protection at the anchorage there. So we made the decision to keep proceeding up the ICW where we could anchor up near the Alligator River Bridge, pulling over close to the western shore. 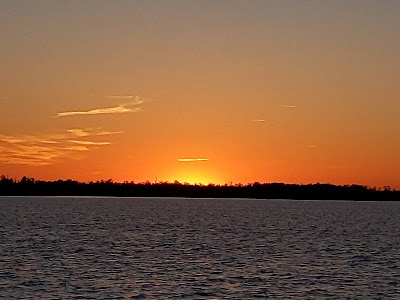 All proceeded splendidly. We were able to sail up the Alligator River all afternoon with the engine off and by suppertime were anchored off the western shore. The wind died down to near calm by sunset and we enjoyed another beautiful sunset.  Depending on the weather we could cross the Abermarle either Sat or Sun. We went to bed sitting comfortably.  It was not to last....

All was calm until about 2am in the morning when we were rudely awakened as the boat began rocking aggressively from a 20knot wind that had just sprung up from the NORTHEAST, a direction that had never been predicted in any weather forecast. We were completely exposed to the northeast with a 20 mile long fetch. The waves would be quickly building up to 3-4feet if the wind continued. We had to move.

So, at 2am, we got the engine started and began pulling up the anchor. By now the 3ft waves were nearly coming over the bow of the boat as I worked to bring the chain in and hose off the mud with our anchor washdown pump. With our chart plotter I knew the path out of the anchorage and back down the ICW to the anchorage back at mile marker 100 about 3hrs back to the south where there was protection. But since we were off the ICW channel, there were multiple crab pots between us and the channel with their dangerous trap lines that can foul your prop. As soon as we had the anchor up and were on course, we shut down the engine so as not to ensnare any traplines and unfurled the headsails so we could proceed with sail power. Fortunately it was a downwind sail to the anchorage and we had plenty of wind.

Three hours later, we were back to the mile 102 anchorage area and could pull over to the northern shore and anchor with protection. By now the wind had shifted back to the Northwest, but I don't think it had shifted enough to make our previous anchorage spot viable - besides, we could not have sat and pitched for 3 hours at that anchorage.  We secured all above decks and went back to bed as the sun began to rise. 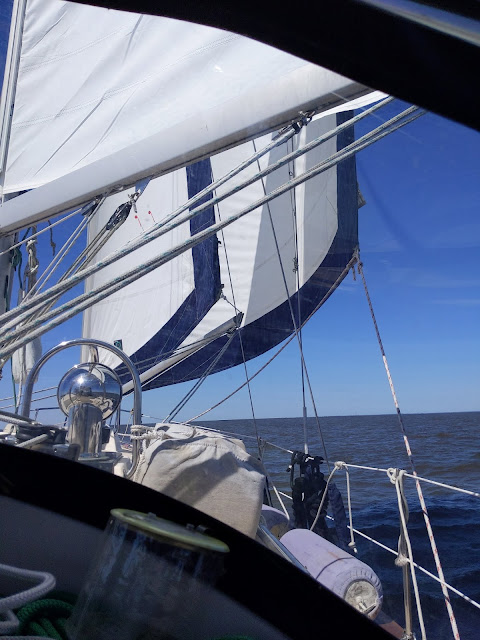 Sat morning the sun was out and the wind had diminished to 12-15kts so it was time to get underway again and retrace our path back up the Alligator River. The weather forecast had now changed to forecast diminishing winds all day long and so it appeared we could go ahead and cross the Abermarle Sound today and be able to sail across. Three hours later we were back up to where we had just been at 2am that morning.

It was a nice sail and we made it just over half way across the Abermarle before the wind finally died and we had to start the engine. 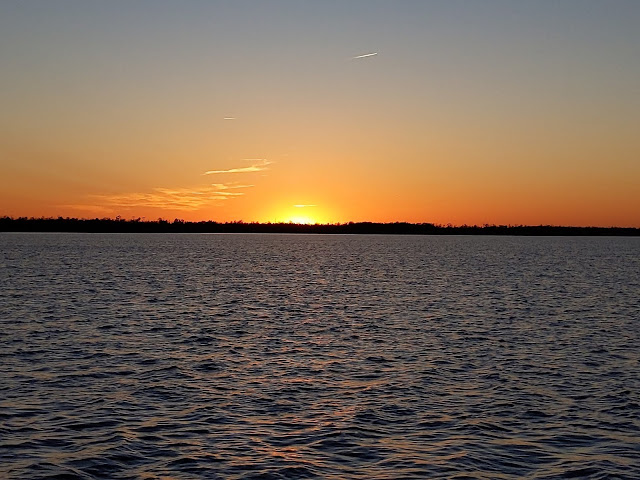 We had been planning to proceed up the North River to the anchorage at Buck Island, a fairly tight anchorage area without much protection, but I watched the sailboat in front of us pull off into Broad Creek and noted there was an anchorage area there which had much better protection from the south winds that were now forecasted for the night. So we followed them and pulled up as close to shore as we could. We had a very pleasant night in this anchorage and the winds actually did what the forecast predicted this time. 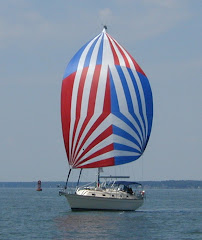 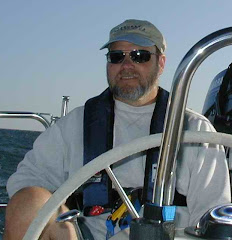 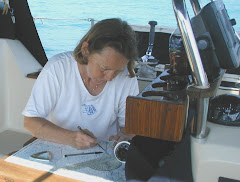